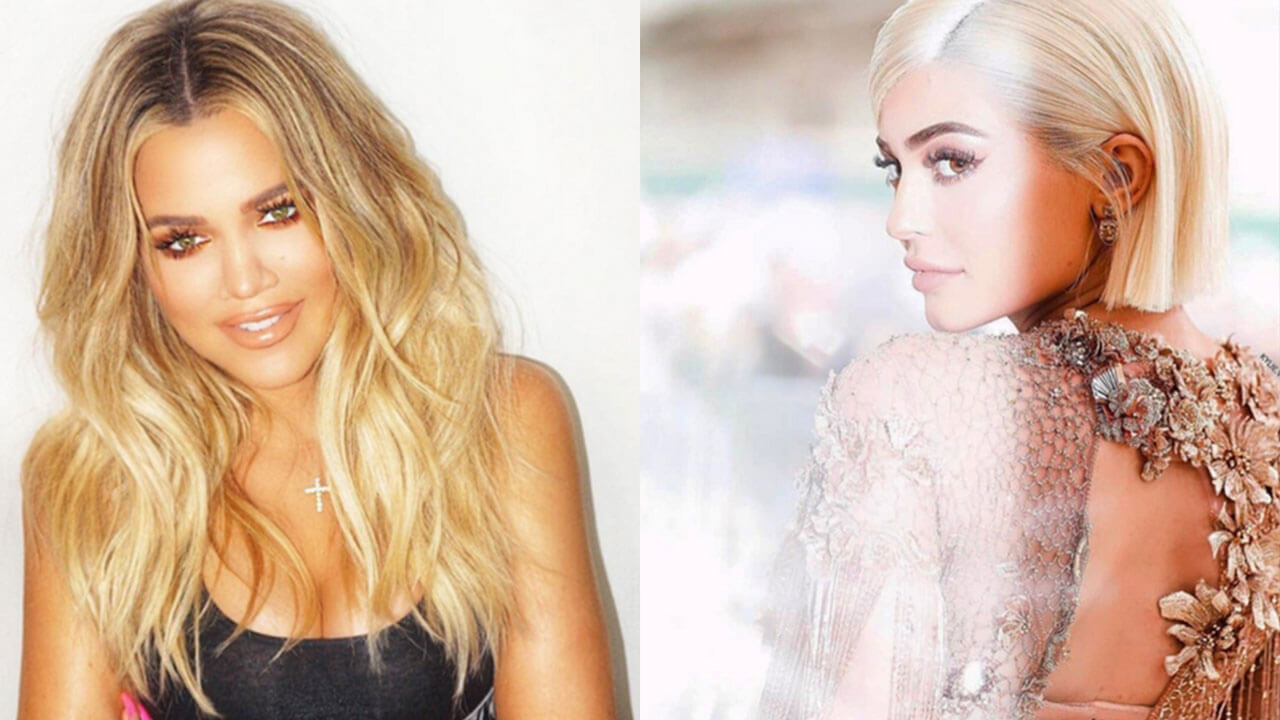 10 Celebrities That Make Us Want to Go Blonde

Who says blondes have more fun? Hollywood does and with so many celebrities going lighter this year, we kind of can't help but agree. Crossing over to the dark side during the colder months has been the popular choice but with spring around the corner, going lighter is on our minds. Whether it's Taylor Swift's popping platinum shade or Selena Gomez's 'oh-no-she-didn't!' jaw dropping hair switch up, these stars have us already calling up our colourists for an appointment.

Not convinced? We've got the lowdown on the best celebrity transformations in that make us want to go blonde. 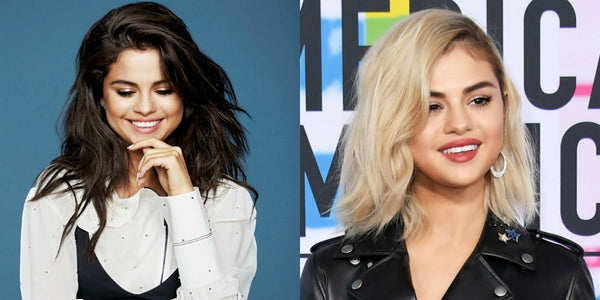 With her signature glossy Latina locks, Selena Gomez is the last star we’d ever expect to go blonde. But she did and shocked us all at the 2017 American Music Awards in November. Labeled “Nirvana Blonde” by trusted hairstylists, Riawna Capri and Nikki Lee of Nine Zero One Salon, the Luxy team can’t stop raving about Selena’s epic transformation.

According to Riawna, the hairstylist revealed on her Instagram, “It took 9 hours, about 300 foils, and 8 bowls of bleach,” to achieve Selena’s new look. Whoa. And well worth it! If there’s any celeb who makes us want to hop over to the light side, it’s this beauty for sure. 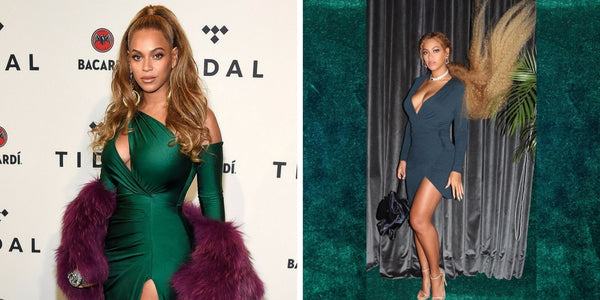 According to Beyonce’s colourist, Rita Hazan, Refinery29 reports that, “Everything is last minute," Hazan says. "We change it up frequently. She'll be lighter before I see her and then the next three weeks we'll change it again. It depends on what she's doing and what she's wearing." This year Beyonce went from caramel blonde to honey blonde and back to caramel.

Most notably, Queen Bey sported an impossibly long blonde crimped ponytail at Serena Williams’ November wedding. The star debuted her new ombre hairstyle with, might we say, the greatest hairflip ever documented on Instagram.

Inspired by Beyonce’s jaw dropping look? To start, use our tips on achieving a longer and thicker ombre ponytail with Seamless Ombre Blonde Luxy hair extensions. 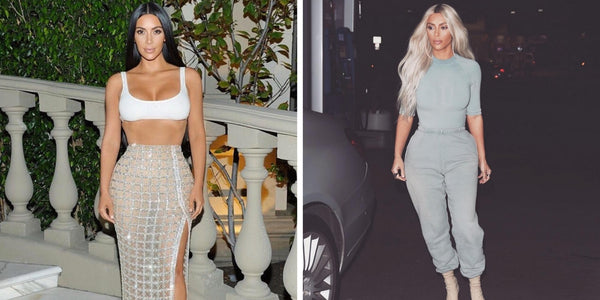 Ain’t nobody does it sleeker than Kim K. These days, Kim’s been spotted showing off sleek platinum blonde extensions more than her natural dark brown hair and we’re kind of obsessed. The multimillionaire beauty mogul and Keeping Up season 6 star has most often been seen out and about favouring loose and shiny platinum waves.

Lucky for you, to get this look, we’ve just launched our newest Seamless Platinum Blonde hair extension set. The set makes it easy to achieve Kim’s bold ‘do without spending the extra 13 hours in the salon--info she dished out on Twitter.

So how does Kim keep her hair oh-so-sleek and hide of evidence of any 13 hour damage by the way? We’ve got it covered here with tips on maintaining healthy, shiny hair all the time. 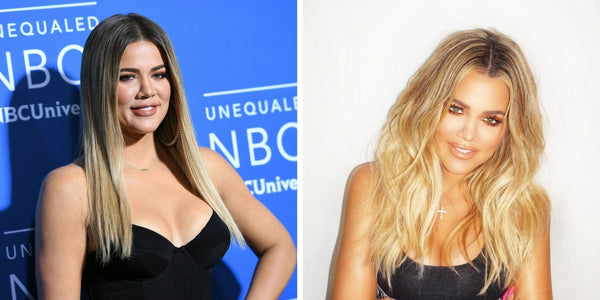 Like her sister, Khloe went blonde this year too! But according to her hairstylist, the lightening process was a little (actually a lot) less dramatic than Kim’s 13 consecutive hour process. Tracey Cunningham told Glamour she, “Began by adding babylights - or fine highlights - to help create the dimension and brightness we wanted. Over the course of several months, the highlights and tonal shifts added up to a very lovely light blonde hue."

If you’re brunette and thinking of changing it up, Khloe’s gradual transformation is the best technique to achieving your new blonde look without damaging those precious strands. Using a gentler approach by introducing your hair to colour with some light highlighting and then adding as you go will help your hair avoid risks of breakage, dullness, and dryness. Don’t forget to avoid these major 7 don'ts for preventing damaged hair as well.

We’re most accustomed to seeing the VS angel strutting around with a signature laid back honey/golden look, but when she stepped out at Christian Dior in Paris this summer with a brand new icy platinum, this couture queen had us stunned.

Our new favourite style chameleon (and subject of our Pinterest boards) wowed us with a chic slick-back tucked behind the ear look at British Vogue Fashion Awards and regularly flaunts a flirty platinum lob.

But our personal favourite from this ice couture queen? Her stunning Marilyn Monroe look on Halloween. We can’t get enough! 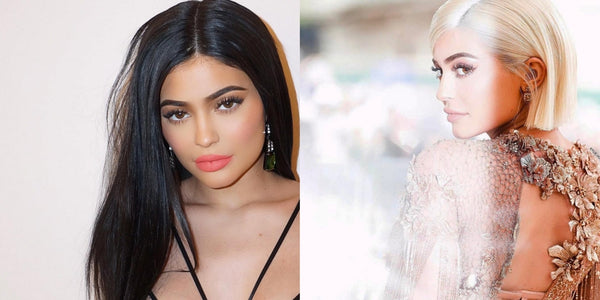 It seems like everyday Kylie Jenner has a new look on. The reality star turned beauty entrepreneur almost alternates Insta posts from platinum blonde to her natural sultry dark mane and back. So how does she do it? Wigs and extensions of course!

Kylie, who’s tried nearly every colour on the spectrum (anyone remember her lime green look circa 2015?), has us sold on the blonde. Whether it’s her bold and choppy shoulder bob or a long and icy look, we can’t get enough! 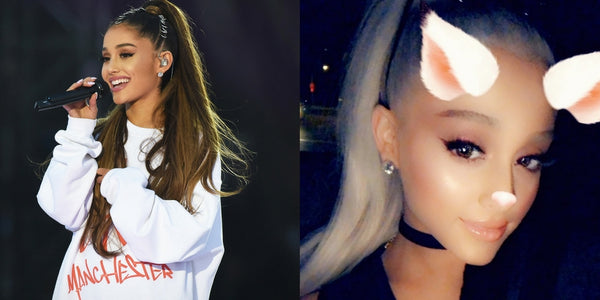 The baddest in show biz right now, this Dangerous woman usually rocks her sleek and signature caramel pony. This past November, Ariana decided to live up to her #1 pop star status and swap the caramel for an icy platinum blonde--a look equally as mesmerizing as her onstage swinging ponytail.

Want to get Ariana’s luscious thick ponytail? The look is easier than you think (after all, this ‘Everyday’ singer rocks it literally, everyday!) with our easy-to-follow guide on getting an Ariana Grande inspired ponytail with our new seamless platinum blonde extensions. 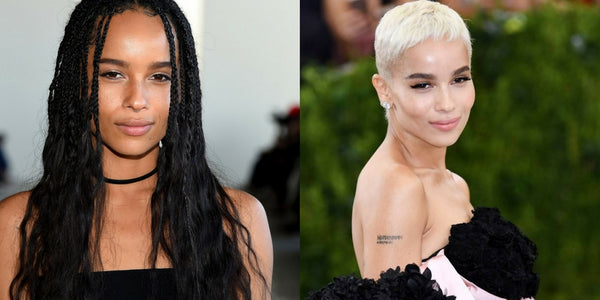 2017 was the year of the pixie. From Katy Perry’s Miley-esque makeover, Cara Delavingne, and now Zoe Kravitz who went for a full peroxide chop! At first the Big Little Lies star underwent a pretty massive change with short platinum micro-braids. Then she decided to go for another big change from that to a totally shaved and chic blonde pixie cut! Bye-bye braids, hello modern.

We only wish we were as fearlessly cool as Zoe! 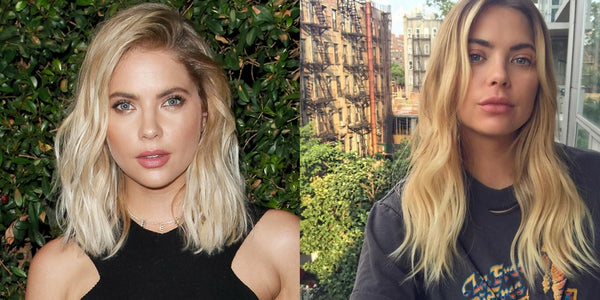 The most subtle of changes on this list so far but one of our favourites! Instead of chopping or bleaching, the Pretty Little Liar’s star decided to take it down a notch and we think it looks effortlessly pretty. Ashley went from an ashy blonde lob to a honey toned fuller look with extensions.

We love how natural and subtle this look works for Ashley and we can’t wait to try her look. Simply adding a few Seamless Blonde Balayage extensions will add a natural fullness and effortless length. Totally wearable for an everyday look. 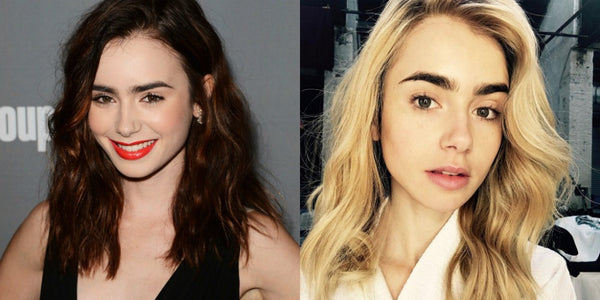 Lily Collins is no stranger to experimentation when it comes to style and hair. But recently the usually brunette actress teased a brand new golden blonde look on Instagram. “Not sure if it’s the blonde or this city, but I really am having more fun…” she captioned in explanation. Shortly after though, Lily went right back to her darker natural locks.

C’mon Lily, only one photo?! That’s not enough to satisfy our needs! Personally, we’d love to see the actress debut a blonde look again at her next red carpet experience. “Natural locks, back in place. For now…” Lily stated after her return to the dark side. We still hold hope!

Thinking of going blonde too? Let us know in the comments below which celebrity blonde look inspires you. 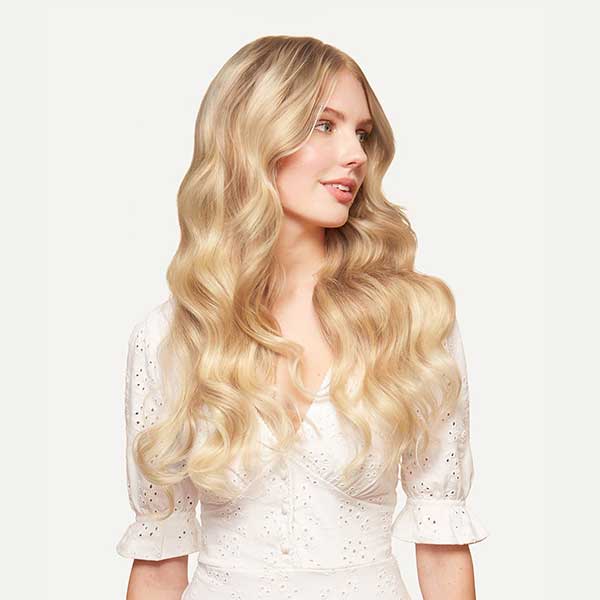 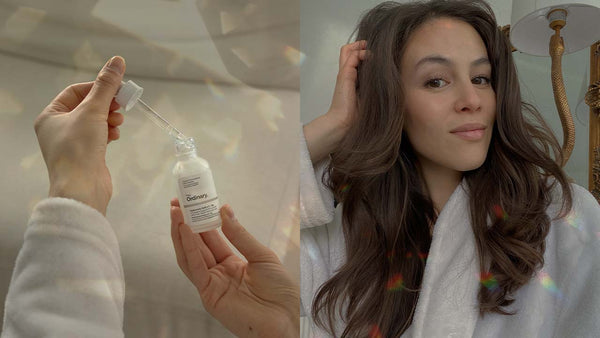 What is Hyaluronic Acid and Is It Good for My Hair? 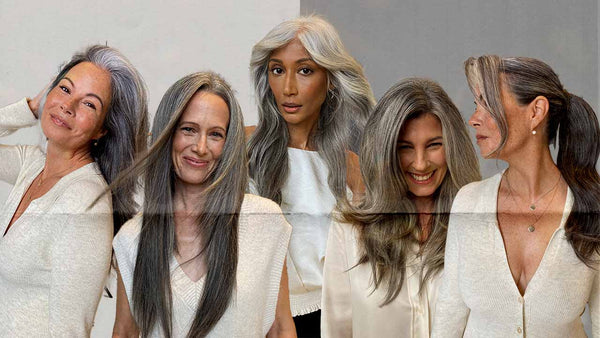 5 Reasons To Embrace Your Gray Hair 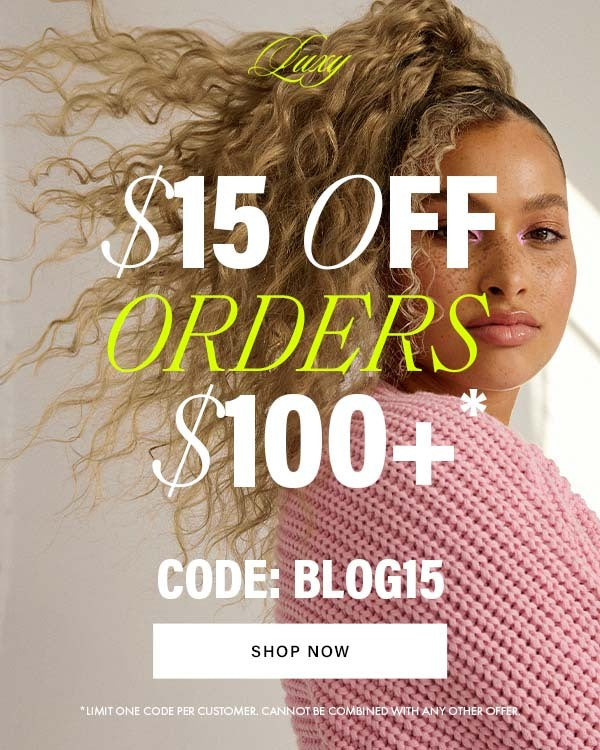 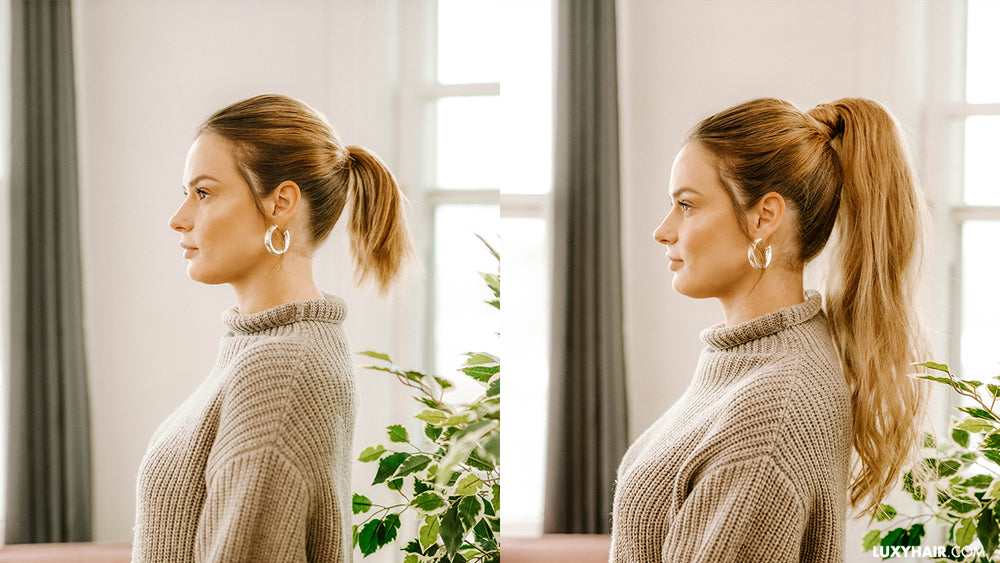 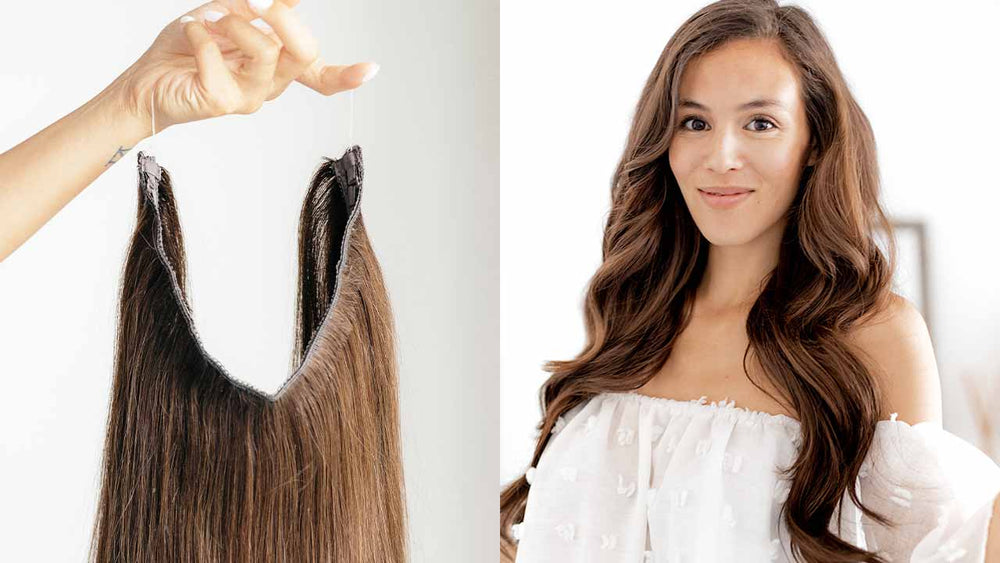 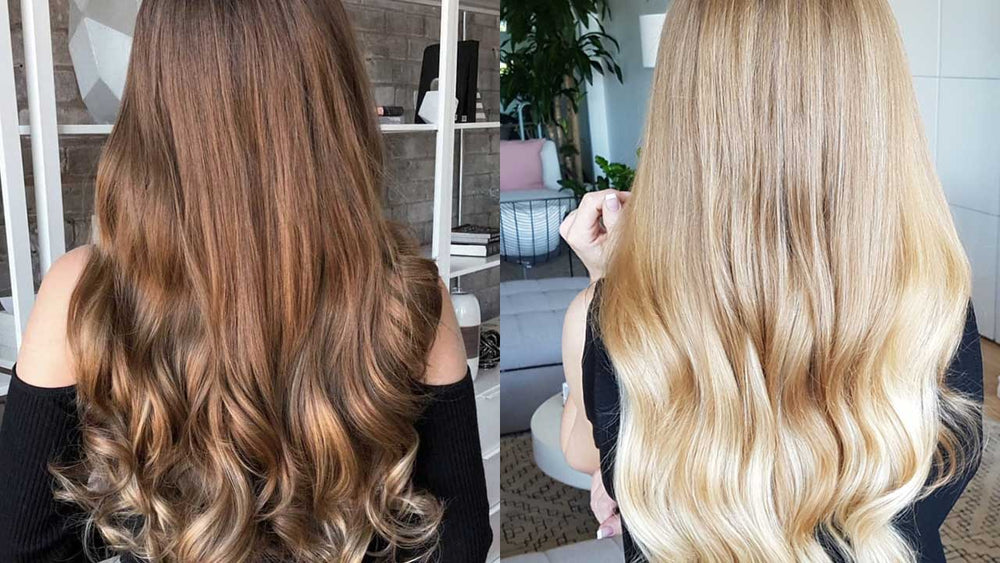 Clip-In Ponytails Collection
Give your pony a glow-up.